Coming to a decision to dismiss a staff member can be tough. This is particularly true in small and medium businesses because responsible business owners are generally and probably rightly concerned about the increased workload for remaining team members. But it is also not uncommon for business owners to worry about the perception of the rest of the team.

It is true, of course, that letting a team member go can have an impact on the stability of the business. If you have fostered a warm and friendly environment in which you team are by and large enthusiastic and fulfilled on their working life, then the way in which we come to dismiss a staff member can have an impact on the rest of the group’s sense of security and certainty. Of course, related to this topic is always being mindful of team engagement, which when undertaken effectively can help head off these issues before they arise.

This piece is designed to help you consider both the process of managing the team member in question and also the way in which you might part ways when the time comes.

First, manage their performance and give them the chance to succeed.

In smaller businesses, there are different considerations when you are working with underperforming team members. Big corporations have a tendency for underperforming people to sort of slip under the radar for quite long periods of time. Dealing with them usually involves many layers of bureaucracy and the involvement of multiple department managers and of course the guidance and formality of the HR department.

In smaller businesses though, the layers are fewer. On the other hand, the need to act is generally more urgent, although as the business owner you may not realise that. As a rule, I would encourage a business owner to ensure they have covered every available consideration. By this I mean not just for the business but also for the team member. Well-operated smaller businesses often have a more of a friendly or family feel to their work environment. While this is good for productivity and company results it also means it can be tough to move someone on.

Considering all the options in an environment like this means taking the time to explore why the team member’s performance is missing the mark. Trouble at home or personal financial worries will impact the performance of the team member. It is not the business owner’s role to fix those problems. It is, however, in keeping with a collaborative and family-like environment to know about them.

Providing a clear set of expectations and making sure that the team member understands exactly how they are not meeting the standard is important. And it is sometimes the push that is needed to get things back on track. Working together for the benefit of everyone is a good objective after all.

Before dismissing a staff member, give them every chance to succeed first.Click To Tweet

Performance management in itself can be a bit a of a minefield. While we are not going into the details of specific performance management here, it is essential that you handle this stage responsibly and in accordance with the law. If you are unsure of the relevant laws, you need to explore thoroughly. I find that the Fair Work Commission is always a helpful resource. Not only because you want to avoid a costly and time consuming challenge to the legality of your performance management program but also because you want to avoid putting unnecessary strain on yourself, the remaining team or the team member who will be moving on.

Working from the assumption that you are following the common guidelines of performance management and assuming you have provided resource, time, mentorship and support for the team member to rise, we would hopefully arrive at a conclusion that you have done all that is reasonable to help the team member remain and thrive.

However, what if you have done all of those aforementioned things and the performance improvement is just not there? Good question, but no need to panic yet. Read on…

As a leader, sometimes you have to make tough decisions.

Some years ago in a senior role in a medium sized business, I had to dismiss a staff member. It was hard. He was a genuinely nice man and good energy around the business. I worked with him for many months to bring his performance up to standard. I defended him to those more senior than me who were keen for me to move him on. Everything I could think of, I tried, including taking advice from my own mentors, friends and family. I wanted this team member to succeed.

After many months of working on the problems, I eventually arrived at a sad realisation. As his manager, I had failed to bring him to an acceptable standard. It was with a heavy heart on a Sunday afternoon that I had arrived at a place of certain knowledge about what had to happen next. So on Monday morning, I consulted with HR, advised my own manager of the action I was about to take and then scheduled the meeting with team member for the coming Wednesday.

Treat it like a break up, not a termination.

I took the approach that I wanted this to be more like a break up than a termination of employment. And that is exactly what I did. I’d seen the generation of managers before me handle this process very differently. They would book the meeting rooms, and close the doors and blinds. It was really the employment equivalent of sending a calf to the slaughter house. I didn’t want that to be his experience. So we started our conversation with some general chatting about the last few months of performance work we had done together.

Handle the break up with dignity and respect, both for the team member and yourself.Click To Tweet

I was firm, but not unkind. And I arrived at a final statement of something along the lines: “I really appreciate the effort you have put into trying to turn things around. Unfortunately, we have just not managed enough of an improvement. So it is time now to consider how we will handle the only step left to us”. I was surprised and more than a little relieved when he agreed and said he was glad it was over. He asked me if I would allow him to tell his colleagues that he had decided to resign because he needed to focus on making some changes in his life. I allowed him this. There is nothing to be gained in taking a person’s dignity from them as well as their job. We had broken up.

It is a longer story perhaps than I had intended to write. But it does illustrate one way to go about breaking up with a team member. It had the added advantage of the rest of my team seeing that even though a hard decision had to be made, it was made responsibly both for the business and the team member in question.

Here are some team member management steps to follow that will help make these situations a little less painful when you have to go through them.

All businesses will have to dismiss a staff member sooner or later. It is certainly not an enjoyable part of business life. But for the good of the business and the rest of the team, it has to be confronted at some time. Personally, I have always found that doing it in a way that leaves you able to live with yourself is important. Hold to your values, treat the departing team member with dignity and respect. It will be hard, but in the end everyone will be better off because you acted like the leader your team need you to be.

In his 1975 classic, Neil Sedaka accurately taught us all that “Breakin’ up is hard to do”. But in reality it is sometimes both easier and better than trying to stay together when the journey has clearly ended.

Our monthly programs help private practice owners like you to grow their business sustainably. Learn the required business and finance skills, learn to manage your team effectively and to increase efficiency in your practice. Talk to us about transforming your private practice! 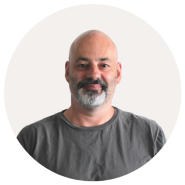 With over 20 years' experience in franchise, as well as experience running his own successful overseas consulting business, Alistair brings to the table his unbeatable knowledge across a variety of business fields. His biggest strengths lie in rescuing struggling businesses. LinkedIn

How to get the most out of your team (infographic)

How to increase employee engagement (infographic)

10 biggest reasons to have a home-based business

How to develop your team’s skills

7 tips for making time for friends while running a business

How to get the most out of your team (infographic)